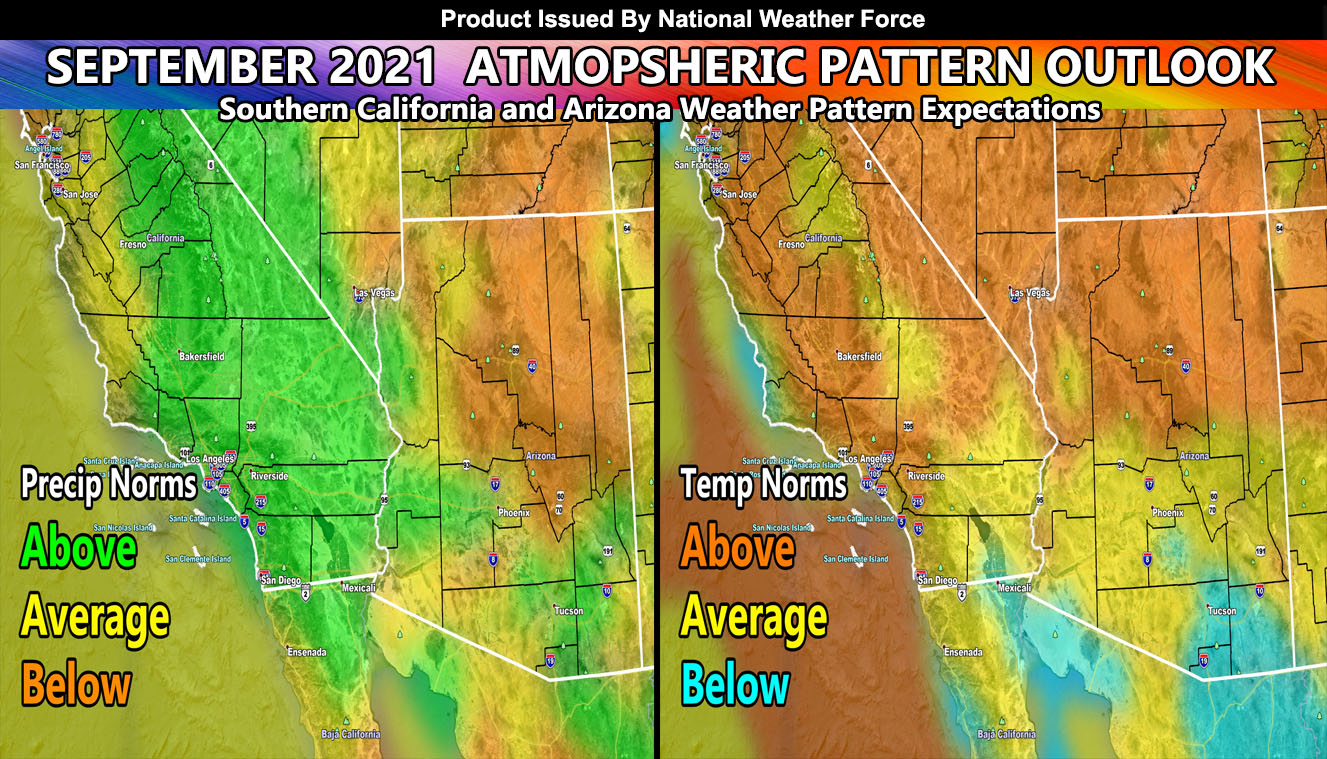 Every beginning month or so I’ll issue a monthly forecast.  You can view August’s forecast here at this link.  We can note that it did extremely well, even predicting the end month activity we just saw.
Here’s the link again – https://www.facebook.com/scweatherforce/posts/2926570794283690

September is cutoff low season.  It is the season where many think the monsoon will be ramping down, but in reality September has been known to excel the monsoon across the Desert Southwest.  The reason for this is because as you know, the Earth is titled and that is how we get seasons.  Meteorological Fall started today, September 1st.  It is different than astronomical fall, which is a few weeks from now.  In weather, we go by meteorological fall due to the changing of the weather during the month of September.  As the northern skies start to darken and days become short, the North Pole starts to cool rapidly during this month and into October.  The jet stream is controlled by this.  The movement of the jet stream is because of the temperature difference between Alaska and our area’s latitude.  During the summer, this isn’t too much of a difference because the north is in full sunlight.  But as Fall hits, the north becomes cooler as we remain warm.  This contrast in temperatures activates the polar jet stream and makes it become erratic, moving further south into the United States.  This is when Washington State sees their strongest storms as well.  At times, this jet stream buckles under an omega block and sends an upper-level low down the West Coast.  This is cutoff low season for us.  Cutoff lows during the monsoon do three things for us.

This year, we are looking at either 1 or 3.  I do not see a repeat of 2019’s pattern for September.  What that means is, between September 7th and the middle of the month, maybe a 7-10 day pattern … the last breath of the monsoon ridge would bring in monsoon moisture from Mexico, through Arizona and into most of California.  This could be beneficial for fires there if the moisture is deep enough.  If not, we will have even more fires in California as a result of this pattern to come.  September is generally when we do still see active hurricanes developing in the Eastern Pacific Basin.  We should still see development of such as this is still and has been a very active season down there, and it won’t shut off till at least sometime in October.  Any system would be pulled northward west of Baja and provide the dynamics for storms across California and Arizona.

As such, embedded in this update is are two images.  These images show as a result of the pattern the precipitation and temperature departure from average.  One thing I am noting is the moisture in Mexico on the map, moving through the southern half of Arizona and into most of California.  This would match scenario 1 above where a cutoff system would be west of Southern California combined with the monsoon ridge north of Arizona, pulling in deep moisture across the region between September 7th and maybe the 17th or so, around that window.

Give that pattern, the beginning and middle part of the month would need to be monitored for more precipitation in both SoCal and Arizona with indications that California could finally see some bit of relief from the parched Summer it had vs the major monsoon season Arizona has had.  As a result of this, mostly average temperatures are expected in the region, with above average in the SoCal Deserts and the northern half of Arizona.  Tucson would be below average for the month due to the forecast of increased monsoon moisture and humidity at the surface, keeping temperatures below the monthly average.

SEASON FORECAST:  For September, October and November … There are indications that this season will only get stronger in the Southwest United States.  Generally I still think we will get close to a weak La Nina but I do not think we will stay there for long.  I still think we will hover just outside those limits so remaining a neutral season, a LA NADA or neither La Nina or El Nino showing up.  Washington State should get a lot of rainfall, but as a result of them getting the rain, us down here also will benefit from the storm systems coming through so  I do think between September, October, and November that all of the forecast areas from California, Nevada, and Arizona will have above average rainfall before November is over. 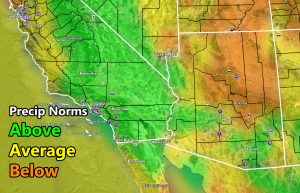 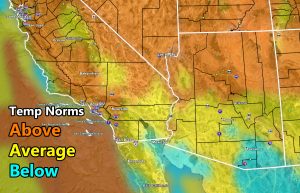